which was known in Roman times as Reghinna Minor, is situated in a narrow bay on the Amalfi Coast and Boats the best vestiges of the Roman presence in the area, Villa Marittima a rare and exquisite example of ROman villas by the sea

MInori rose as a small fishermen's village but in the past century it grew considerably and now it is a true gem on the Amalfi Coast.
Its business activities and social life have developed around the Basilica of Saint Trofimena, patron Saint of the town. The padron Saint feas is celebrated on July 13Th and 5 th and 27 th November every year. 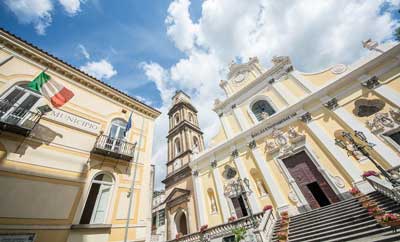 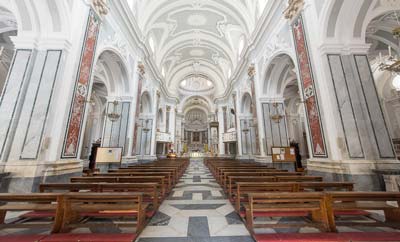 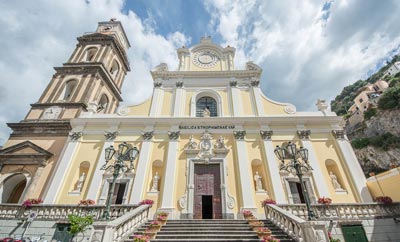 Minori was the seat of the area's Archbishop for almost a 1000 years and during the Middles Ages it was one of the main shipyards of the Maritime Republic of Amalfi. Over the centuries, its mills, both for pasta and paper production, have been at the heart of local economy. It is agriculture, though, that has shaped its history and land. Terraced gardens have been skillfully built to grow robust lemons which are udes to prepare "Limoncello"

Today Minori, recognized for its culinary art, offers a wide array of delicious food and excellent wines. In closing we would like to invite you to the moving ceremonies of Easter's Holy Week, the highest expression of the town's religious traditions. 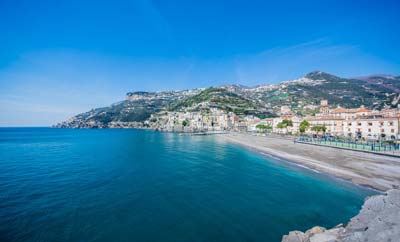 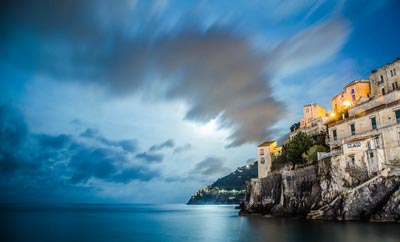